Copied to Clipboard!
BACK TO

The somewhat satisfactory gas station donut holds a time and place, but step back into your breakfast power.  Amp up your mornings by creating some breakfast sensations to get your mind and body flowing for the day.  These are quick and easy (and aremuchbetter than those stale donuts), we promise. 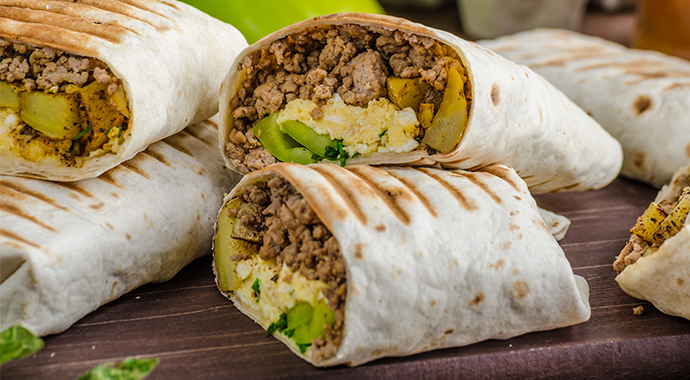 Anytime the word burrito is muttered, the heart skips a beat (scientifically proven).  Whip a batch of these up and you are good to go for many breakfasts’ to come!

The good news doesn’t end there; pair it with a creamy and spicy sauce to amplify your morning’s greatness.  What a way to start the day.

You can also heat the burritos in the oven at 350 degrees right after you assemble them and serve immediately.  I do like to freeze the leftovers because the burritos can become soggy if stored in the refrigerator.

Right up there with burritos are the infamous breakfast quesadillas.  Dive into the crunch and your day will flourish from this flavor-packed euphoria.